At the meeting of EU interior ministers in Brdo, Slovenia, the government representatives today spoke out in favour of mandatory screening of our private communications. In the final declaration of the two-day conference convened by the Slovenian Council Presidency, the participants welcome the EU Commission’s intention to present draft legislation early 2022. It would oblige providers of messenger services such as Whatsapp and email services to automatically search encrypted and unencrypted communications, private messages and attached photos for suspected content and report it to the police.

“The surveillance mania of the EU interior ministers does not even stop at our personal correspondence and private photos. Our smartphones are to be turned into spyphones and used against us.

Such mass surveillance has so far only been practised by totalitarian regimes like China. What will be next? Will all letters be opened and scanned? With mandatory chat control, all EU citizens will be placed under general suspicion. This poking in the fog will almost never end abuse but will only drive criminals further into the Darknet, making prosecution even more difficult.

I call on all Europeans now to stand up against this unprecedented plan. The opposition to the project is beginning to bear fruit which can be seen from the fact that the Commission has already had to postpone its totalitarian plans time and time again. But Zensursula and StasYlva will proceed anyway if we let them.”

Background: The EU Commission wants all smartphones to search messages and photos for allegedly suspicious content before they are sent via encrypted messaging services. Unencrypted communications are to be screened by the provider. If the algorithm detects suspicious content, a report would automatically be sent to the police. The stated purpose is the search for child pornography. However, according to the Swiss Federal Police, 86% of the personal messages and photos reported by the error-prone algorithms used so far only by US providers are not criminally relevant.

The EU Commission has been facing headwind for its plans (negative outcome of a public consultation, worldwide protests against Apple’s comparable spyphone plans, cross-party letter from MEPs. So far, however, it has only reacted by repeatedly postponing the bill. Ylva Johansson, EU Commissioner for Home Affairs, now announced it for the beginning of 2022. 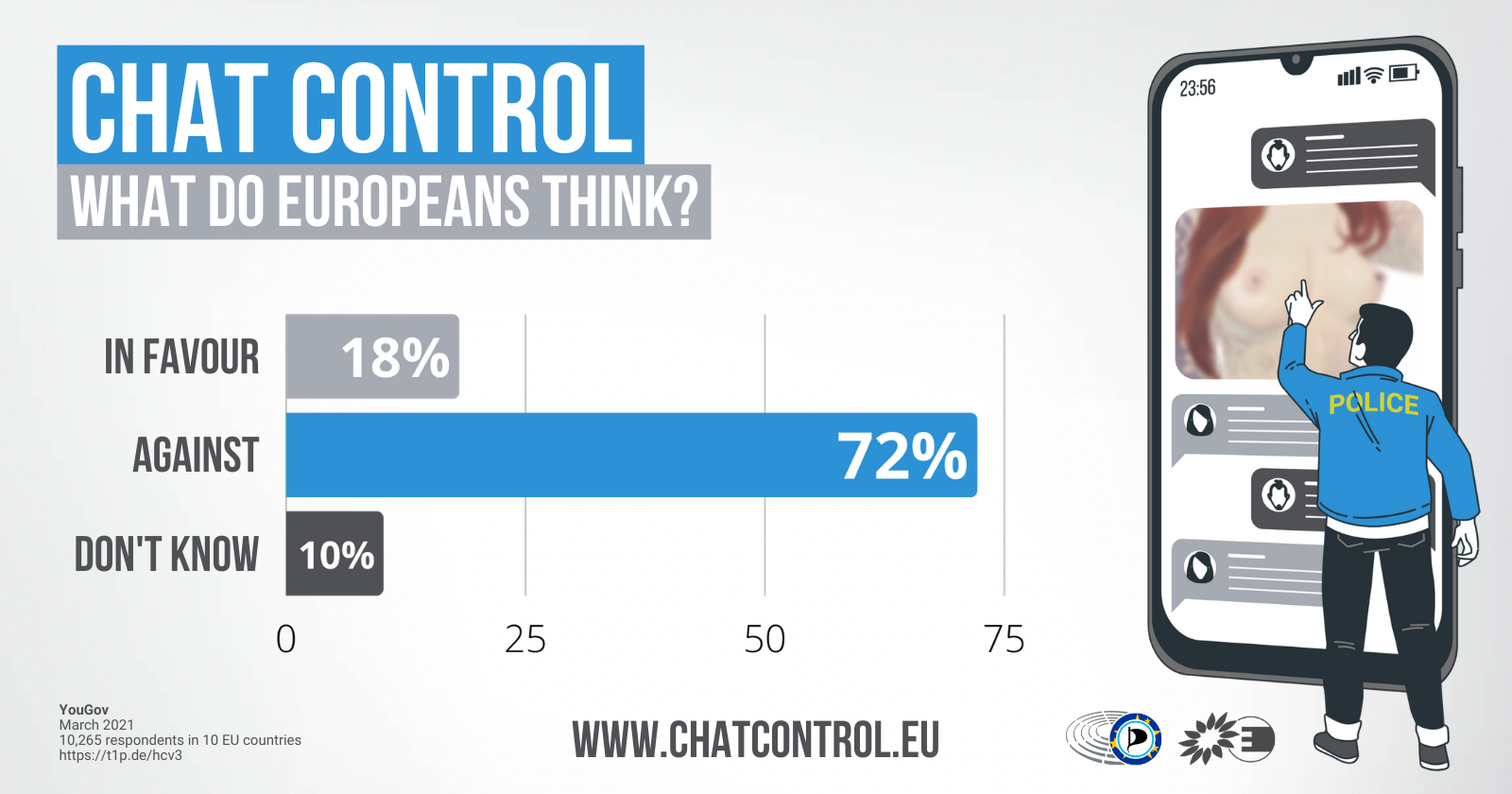