Today, the European Court of Human Rights (ECHR) ruled that the U.K. and Sweden‘s legislation on mass surveillance programmes violate human rights. In two separate proceedings, the Court concluded that both Article 8 of the European Convention on Human Rights (human right to respect for private and family life) and Article 10 (human right to freedom of expression) were breached by failure to ensure end-to-end safeguards. In order to prevent violations in the future, the ECHR imposed independent reviews for countries that have acceded the convention. However it did not rule out mass surveillance as such.

“Despite the new requirement of independent review imposed by the Court, European governments will essentially be able to continue intercepting and storing for months or years countless private communications that are completely unrelated even to the vague purposes of national security, law enforcement and ‚economic well-being‘. This mass surveillance has a chilling effect on society and is prone to abuse. We need to continue our political fight against it, including by way of a global no spy treaty. And we need a moratorium on new mass surveillance legislation such as the EU Commission‘s proposals for chat control and biometric mass surveillance laws. I call on everybody to sign the European Citizens‘ Initiative to ban biometric mass surveillance which needs 1 mio. signatures.” 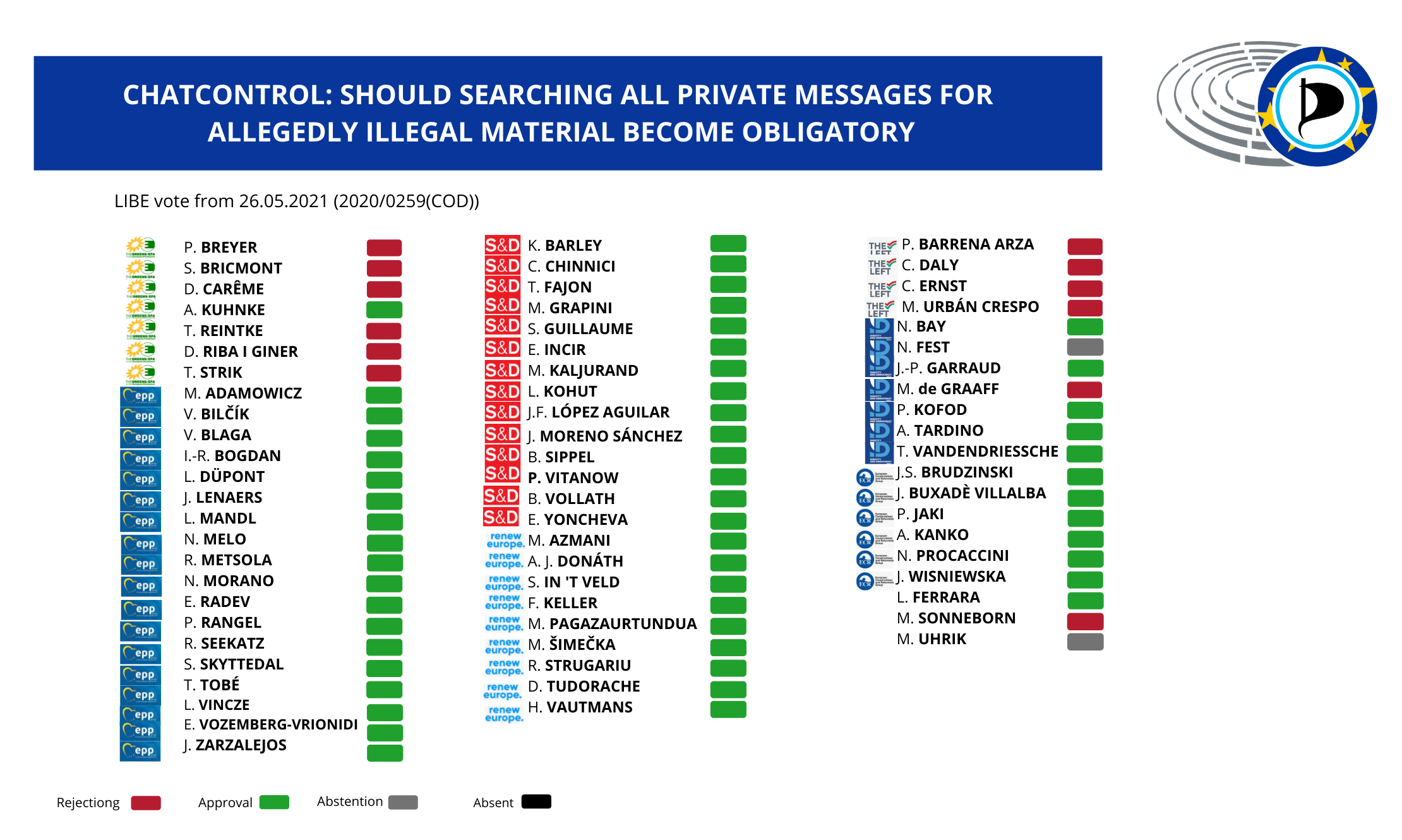