The Russian regime is tightening internet and press censorship in the country. On Friday, a law to ban the spread of “fake news” was passed. Journalists, bloggers and media creators who, according to the Russian government, publish false information about the war and the Russian armed forces face heavy fines and up to 15 years in prison. Terms such as “invasion”, “attack”, “war” or “declaration of war” may no longer be freely used (Moscow calls the war a military “special operation”). In addition, the Russian media regulator is blocking more and more websites of international media, such as the website of Deutsche Welle and the BBC, as well as Facebook and Twitter. Following this massive restriction of freedom of the press and information, more and more Western media are stopping reporting from Moscow, including ARD and ZDF.

“Putin is serving the same narrative as the EU, which banned the broadcasting of the Russian state channels Sputnik and RT/Russia Today last week. Curtailing the freedom of the press and the freedom to access information creates a dangerous dynamic. European censorship has given Putin an excuse to cut off his own citizens from the few remaining independent channels of information. Ursula von der Leyen seems to think our citizens are too stupid to see through propaganda and is using this as a pretext for unprecedented informational disenfranchisement. Censorship is the wrong answer. There is an urgent need to disarm in the information war and restore freedom of information.”

The German branch of the non-governmental organisation Reporters Without Borders has also criticised the European sanctions measure. The OSCE Representative on Freedom of the Media warned in 2015 that once censorship of foreign media is introduced during a war, it would never end.[2] 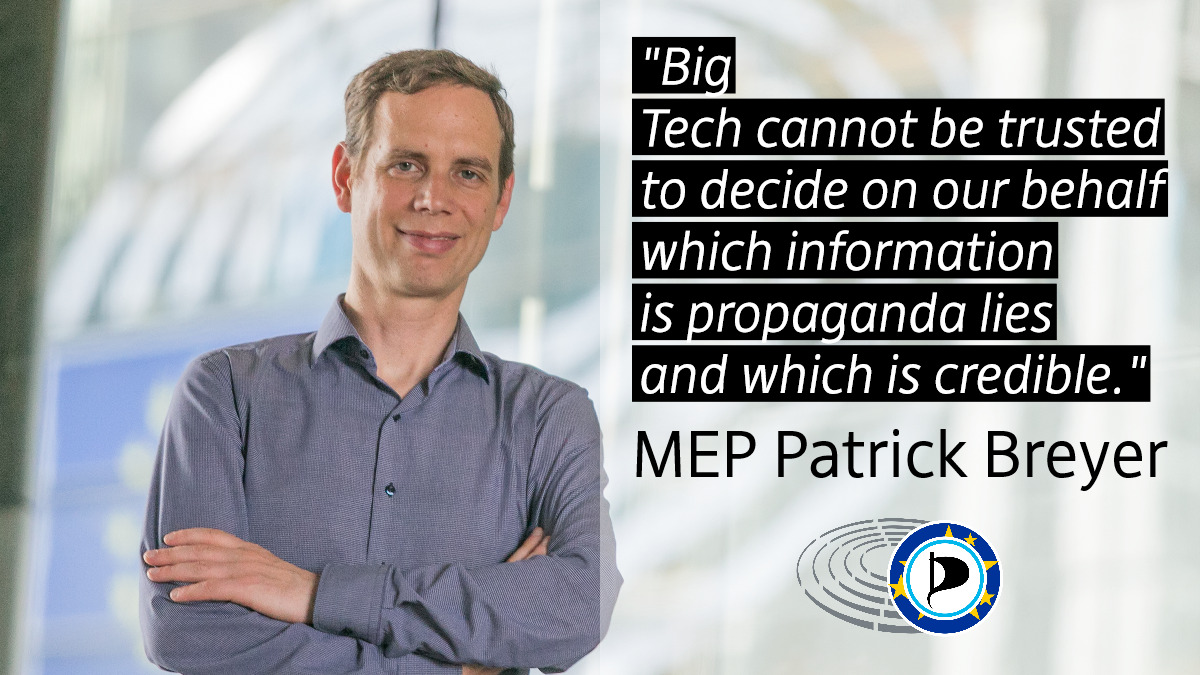