Skip to content
HomePosts and policyPress releasesOpen letter: MEPs call on European Parliament to vote for a ban on biometric mass surveillance in Europe
Sprache ändern: English
Deutsch
back to archive
Share:

“If the amendments are rejected tomorrow and the report is adopted, the European Parliament will for the first time endorse a ban on biometric mass surveillance in Europe. This would be an important milestone, and would send a strong message to the lawmakers and governments negotiating the future Artificial Intelligence Act.

Civil society, and most prominently the European Citizens’ Initiative ‘Reclaim Your Face’, have long called for a ban on these highly intrusive and error-prone technologies in public spaces, which wrongfully report large numbers of innocent citizens, systematically discriminate against under-represented groups and have a chilling effect on a free and diverse society. With error rates (false positives) of up to 99%, ineffective facial surveillance technology bares no resemblance to the targeted search that proponents are trying to present it as.

Members of the European Parliament have the opportunity to make history with their vote tomorrow and I call on all my colleagues to vote down these amendments.“

Support for a ban comes from the EDPB and EDPS, the UN and civil society

Earlier this year the European Data Protection Board and European Data Protection Supervisor called for such a “general ban on any use of AI for an automated recognition of human features in publicly accessible spaces“ due to its “resulting in a direct negative effect on the exercise of freedom of expression, of assembly, of association as well as freedom of movement“.

More than 200 civil society organizations, activists, tech specialists, and other experts around the world are advocating a global ban on biometric recognition technologies that enable mass and discriminatory surveillance, arguing that “[t]hese tools have the capacity to identify, follow, single out, and track people everywhere they go, undermining our human rights and civil liberties“.

The UN High Commissioner for Human Rights is also speaking out against the use of remote biometric recognition technologies in public spaces, referring to a “lack of compliance with privacy and data protection standards“, “significant accuracy issues“ and “discriminatory impacts“.

In July, the Committee on Civil Liberties, Justice and Home Affairs (LIBE) took a stand against the use of artificial intelligence by the police and judiciary. MEPs also called on the Commission to stop funding biometric research that is likely to lead to indiscriminate mass surveillance in public spaces. 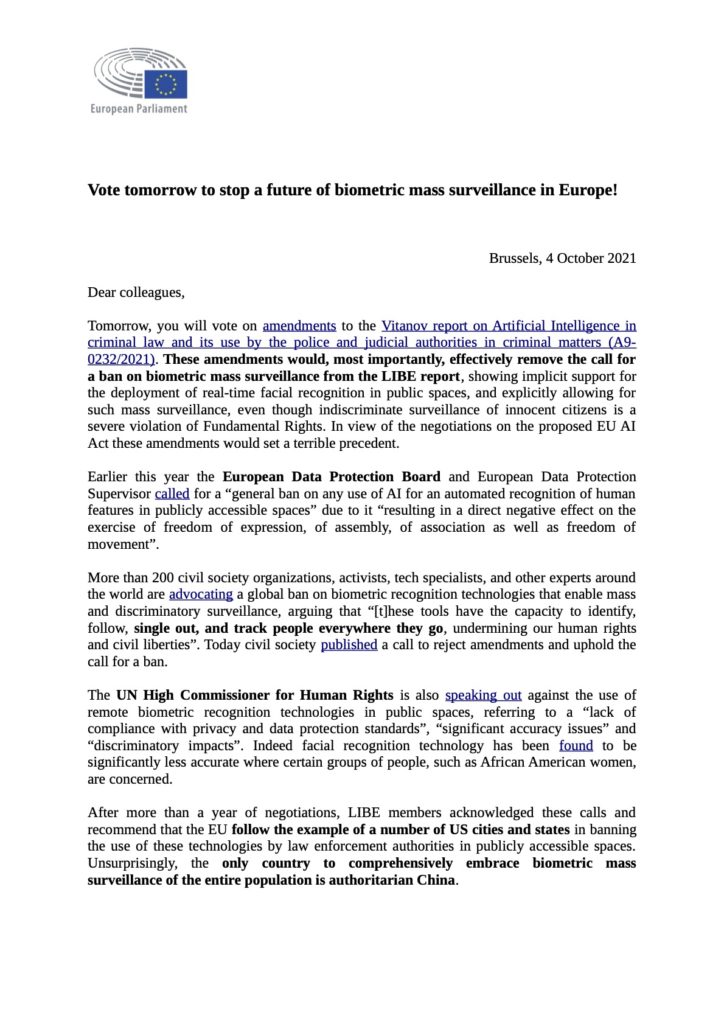 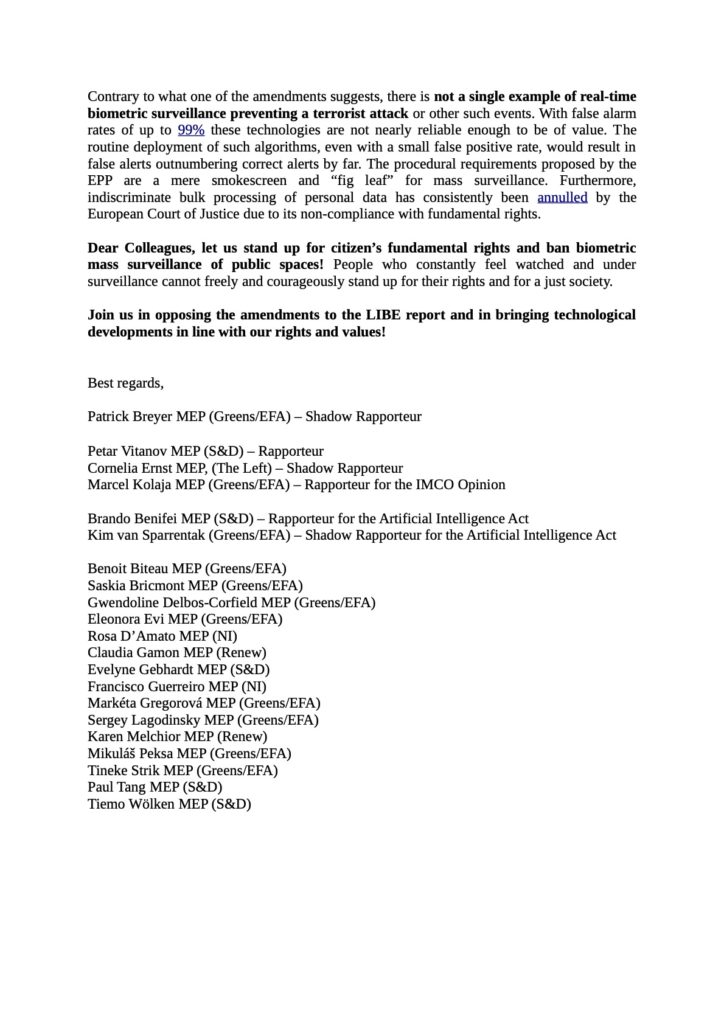