Skip to content
HomePosts and policyPress releasesMajority of Respondents to European Poll and Greens/EFA Call on Commission to Ban Biometric Mass Surveillance in Public Spaces
Sprache ändern: English
Deutsch
back to archive
Share:

Tomorrow the European Commission will propose legislation to regulate artificial intelligence technology. According to a leaked draft of the legislation obtained by POLITICO, the European Commission says that „A large majority of respondents in the public consultation following the publication of the White Paper on Artificial Intelligence favoured a ban of the use of remote biometric identification systems in public spaces, the introduction of a specific EU guideline or legislation, or other limits to the use of remote biometric identification in public spaces”. The leaked legislative proposal does not contain a ban of biometric surveillance in public spaces.

A representative survey conducted by YouGov in 10 EU countries in March 2021 now shows that a majority of Europeans in fact oppose biometric mass surveillance in public spaces. This is why the Greens/EFA group in the European Parliament advocate for a legislative ban on these technologies.

55% of respondents that take a position speak out against the use of facial recognition in public spaces. Young respondents (aged 18 – 34) oppose the use of these technologies even more strongly (61% of all yes/no answers).

Member of the European Parliament Patrick Breyer (Pirate Party, Greens/EFA group), comments:
“The widespread use of biometric surveillance, profiling and behavioural prediction technology in public spaces would threaten our most basic freedoms. These technologies have the potential to fundamentally change our diverse and open societies. People who constantly feel watched and under surveillance cannot freely and courageously stand up for their rights and for a just society. We need effective protection against biometric mass surveillance in the EU. Scientists warn that due to the unreliable face surveillance technology, in up to 99% of cases innocent citizens fall under suspicion of having committed an offence.[1] 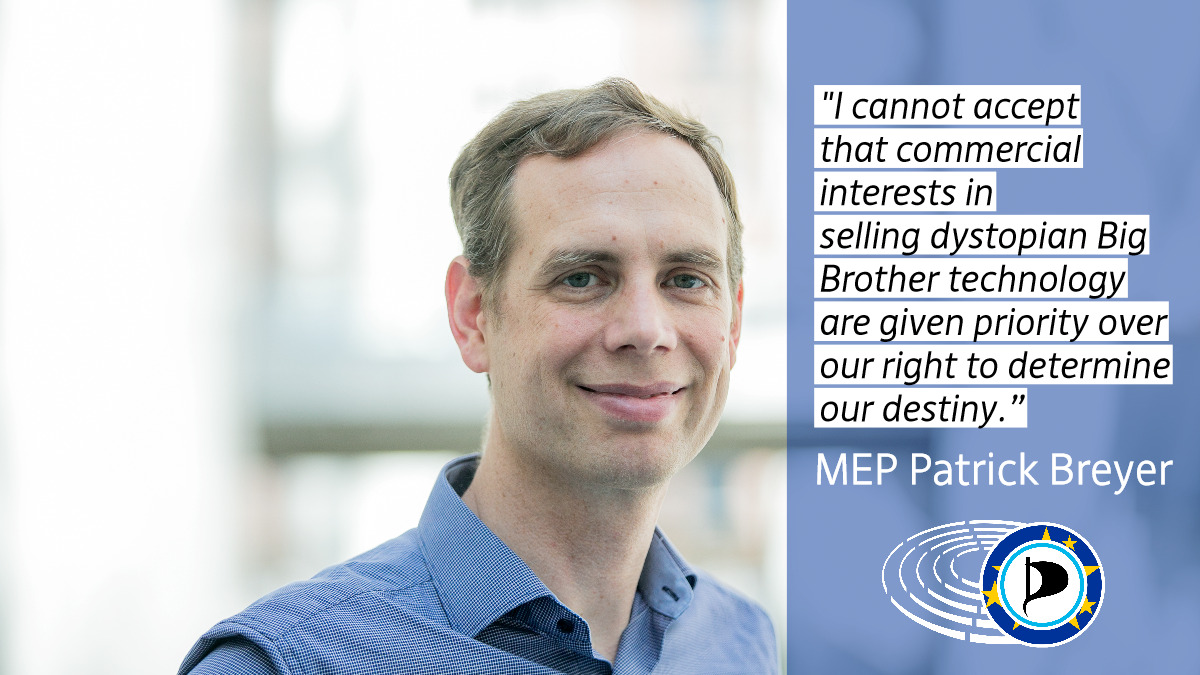