Race to the bottom? Biometric technology, sports events and human rights in Europe 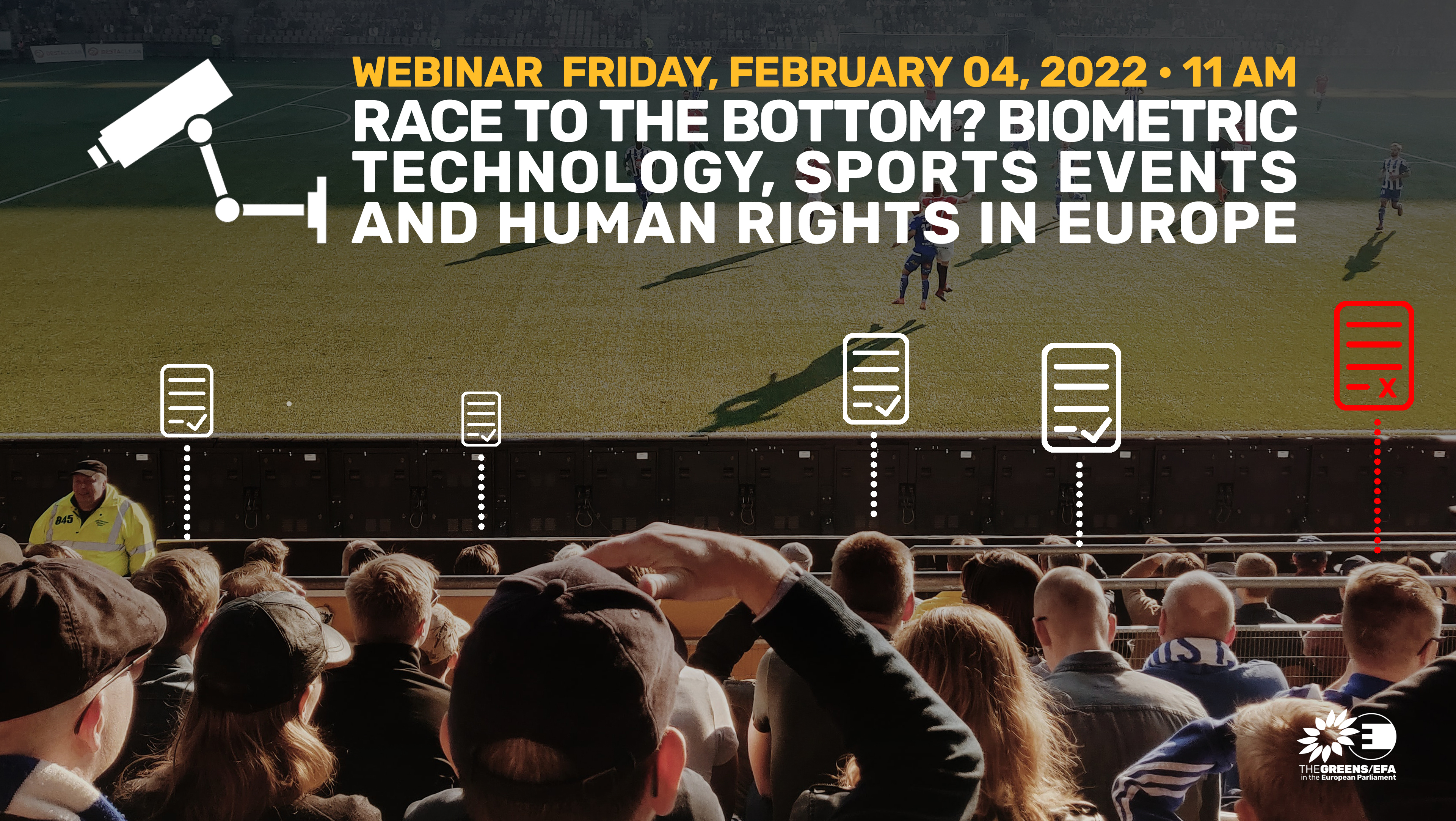 On the 4th of February, the Winter Olympics will kick off in Beijing, China, against a dark backdrop of serious human rights concerns. International human rights associations have warned participants of serious human rights violations and security concerns linked to the games, calling the sports event an apparent attempt to “sportswash” away its abusive rights reputation. What’s more, there are serious security concerns about the ‘My2022’ app that participants are required to download and use.

But research shows that China is not the only country ‘sportswashing’ its human rights reputation.

Ahead of the upcoming 2024 Paris Olympics, organisers in Europe are also exploring the possibility of using intrusive technologies, such as biometric mass surveillance at major sporting events, in spite of its high misidentification rate and threats to human rights.

On 4th February, join us for the online launch of a new Greens/EFA study on the implications of biometric mass surveillance, such as facial recognition software, on human rights in Europe. At this study launch, we will take a journey across Europe, from France, to the UK, to Romania, and explore how we can protect human rights in the face of dangerous and discriminatory technologies.

This study builds on the success of the #ReclaimYourFace campaign that has taken Europe by storm in the last year, and takes a closer look at some of the risks associated with the use of these intrusive technologies.

Tune in on the 4th of February, 11h00-12h15, to discuss why we must act now for a European ban against biometric mass surveillance!

The event will be in English with French interpretation. If you would like to participate in this webinar, please register here.